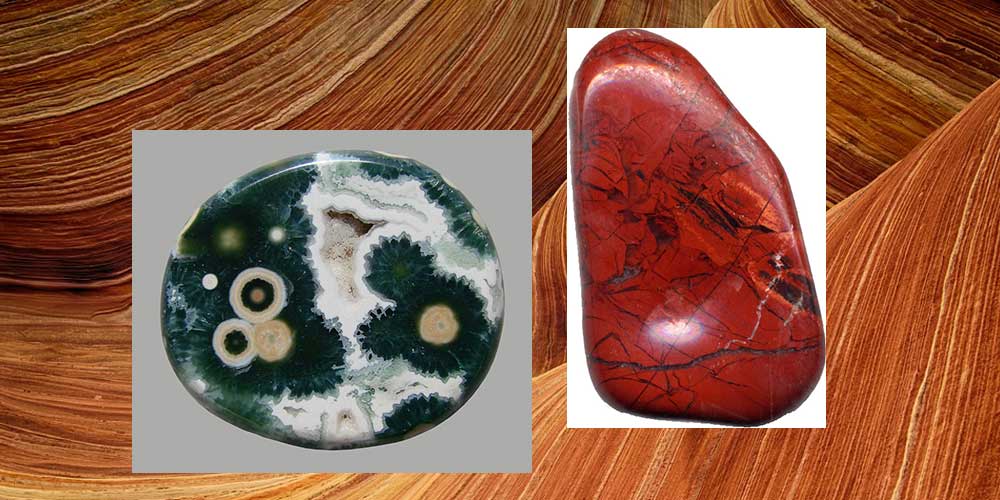 Jasper is an ornamental rock composed mostly of chalcedony, microcrystalline quartz, in association with other minerals, which give it colourful bands and patterns.

Jasper was a favourite gem in the ancient world; its name can be traced back in Hebrew, Assyrian, Persian, Greek and Latin.

Jasper is often named according to its pattern: landscape jasper, the most popular, offers a small panorama in stone. Ribbon jasper, picture jasper, and orbicular jasper are the names of other varieties. Jasper is found in many countries.

It is sometimes used to create bowls and other objects and to adorn buildings, such as the Saint Wenceslas Chapel in Prague.