Cambolite: Blue Zircon from Cambodia Gets a New Name 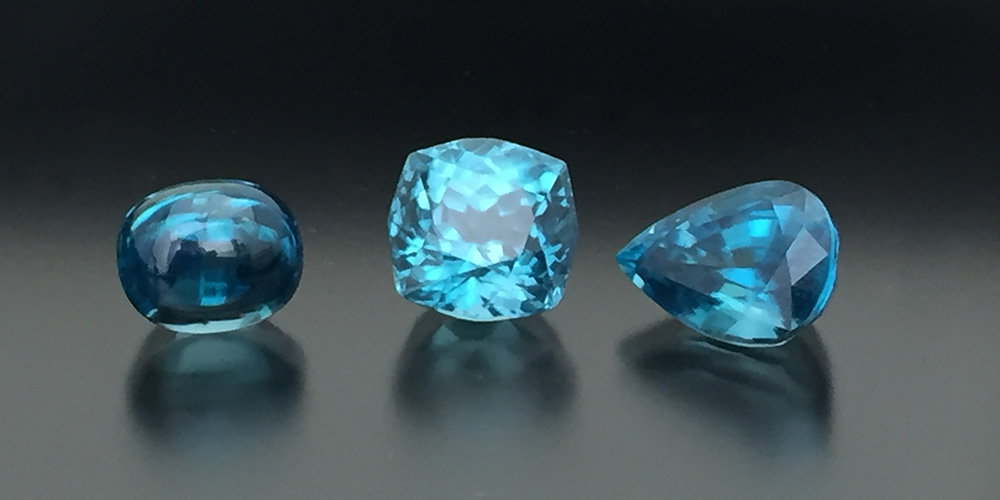 ICA member Noor Mohamed of Yes HAJAA Gems, supplies blue zircon from Ratanakiri Province located in the Northeastern most corner of Cambodia, bordered both by Laos and Vietnam.

Amongst a lush tropical forest and ancient volcanic structures, it was through that volcanic activity from some 700,000 years ago, that the gem was created. Reportedly, this region in Cambodia is the world’s only deposit of material used to create such rich blue Zircon.

Zircon rivals diamond for its impressive fire (dispersion: 0.039 to diamond’s 0.044) which is why for more than a century colorless Zircon has been an affordable substitute for diamond. Zircon’s high refractive index, again close to diamond, gives the gem good brilliance too. What Zircon has that diamond does not is its ability to split the light in two, what’s known as double refraction. This property gives the gem an internal shimmery appearance, one for which diamond cannot compete.

What’s in a Name?

The colorless variety of Zircon has often been aligned with Diamond, as noted above. With the advent of Cubic Zirconia (CZ, a zirconium dioxide), colorless Zircon (a zirconium silicate) became tagged to this very inexpensive diamond substitute, lessening its popularity and value as its own unique gem material.

The blue variety of Zircon is one of three birthstones for the month of December but overshadowed by Blue Topaz (very popular and very affordable), along with newcomer Tanzanite, also outpacing Zircon in popularity.

This under-appreciation and continuous reference as merely a substitute, imitation, or synthetic didn’t just occur with Zircon but also Spinel, as synthetic spinels were used in class rings and mother’s rings, pendants, and brooches, causing the natural gem to become less popular. Beautiful in its own right, the stigma of being related to an imitation or a synthetic material, along with its unusual sounding name, has kept Zircon from becoming more of a popular gem material.

We Need a Boost 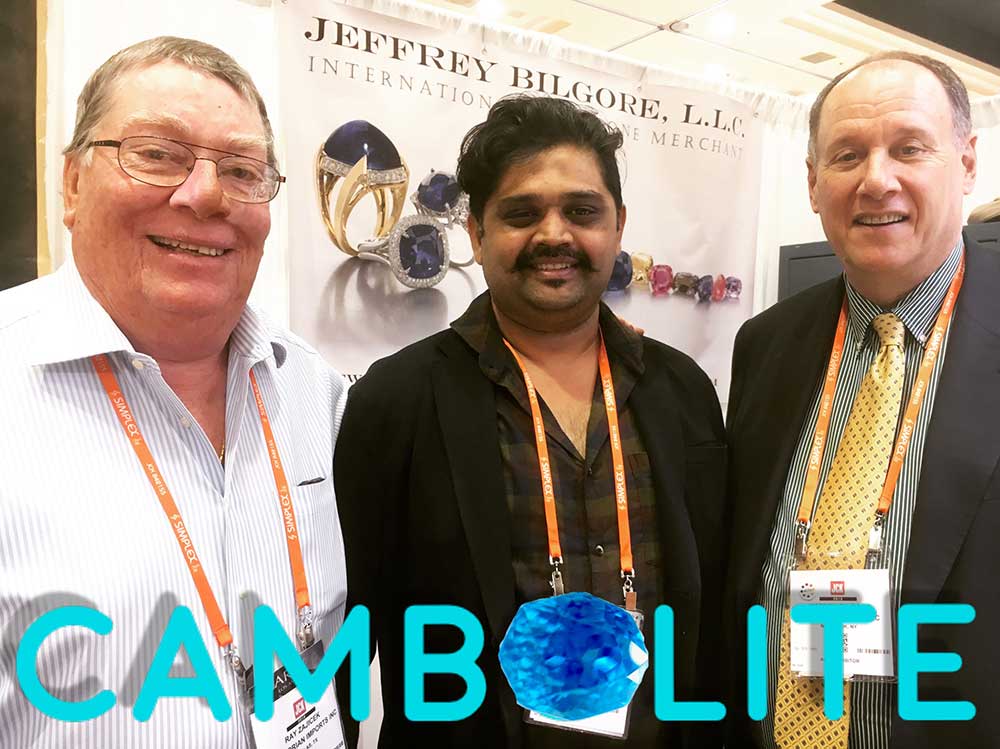 All zircon from Ratanakiri Province are heated to enhance color. Coal fires are used in the process, but the temperatures at which the colors are created are a trade secret.

Supporting the local mining, Noor explains that artisanal small-scale mining provides an economy for the small villages near the deposit. Mohamed has published a small handbook, which includes images of the traditional mining activity. The depth of mining takes place within safe distance, no more than 10 meters below the surface. Being that Cambolite is their main source of livelihood and their traditional ties to the heritage and history of this land, native villagers continue to give to the world a constant supply of this most enchanting gemstone.