Gem of the Vikings 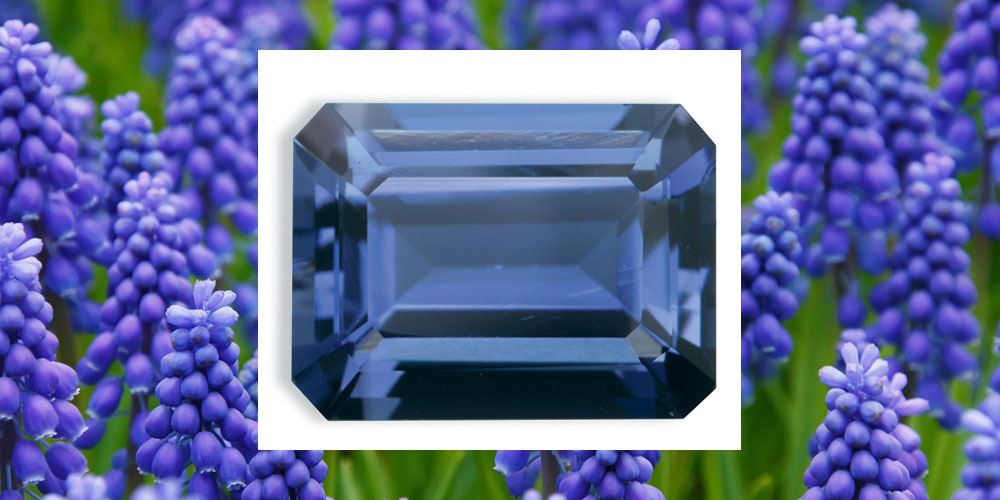 When Leif Eriksson and the other legendary Viking explorers ventured far out into the Atlantic Ocean, away from any coastline that could help them determine their position, they had a secret gem weapon: iolite. The Viking mariners used thin pieces of it as the world's first polarising filter. Looking through an iolite lens, they were able to determine the exact position of the sun, and navigate their way safely to the New World and back.

The property that made iolite so valuable to the Vikings is its extreme pleochroism. Iolite has different colours in different directions in the crystal. A cube cut from iolite will look a more or less violet blue, almost like sapphire, from one side, clear as water from the other, and a honey yellow from on top. In the past, this property led some people to call iolite 'water sapphire', though the name is now obsolete.

Pleochroism may have been helpful in navigation but it certainly makes life difficult for the cutter. If iolite is not cut from exactly the right direction, no matter what the shape of the raw crystal, its colour will not be shown to its best advantage.

The name iolite comes from the Greek 'ion', which means violet. Iolite is usually a purplish blue when cut properly, with a softness to the colour that can be quite attractive.

Iolite is readily available and surprisingly affordable. The richer the blue, the better. It is mined in India, Sri Lanka, Mozambique, Zimbabwe, and Brazil. The Vikings probably mined theirs from deposits in Norway and Greenland.

Iolite is relatively hard but should be protected from blows. With its attractive colour and reasonable price, it may become a jewellery staple in the future.