A cool breeze on a warm day 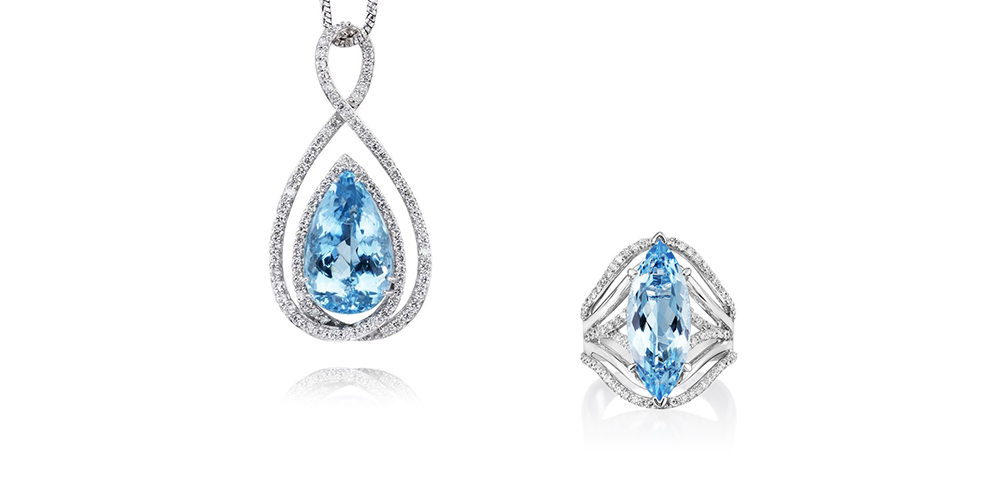 Aquamarine, the color of the sea on a warm tropical holiday or a cool iceberg in the Antarctic.

It is the color of earth’s life-giving forces, and surely one of the cheeriest on the colored gemstone palette.

It is most commonly associated with the sea; the name is Latin for seawater (aqua means water and marine means “of the sea”). Blue is a cool color, but there is something warm and breezy about aquamarine that makes it as perfect for a summer day as for a winter evening.

As the birthstone for March, it is the ideal color to usher in spring. This year, aquamarine is also the color of fall fashions: Marine Blue is one of the top ten Pantone Fall Fashion colors this year, and it made a splash on the runways of the fall ready-to-wear shows.

As a gem, aquamarine is accessible, beautiful and wearable – it can take a few knocks without chipping or scratching. Aquamarine is a greenish blue to blue green variety of the mineral species beryl. Emerald is also a beryl, but with trace amounts of chromium (and sometimes vanadium) which make green to bluish green in color.

The coloring of the stone

Aquamarine obtains its blue color from iron impurities within colorless beryl. The deeper the blue color, the more valuable it is, but aquamarine is generally very light. It is routinely heat treated to bring out the blue tones, but the treatment is undetectable and very stable. 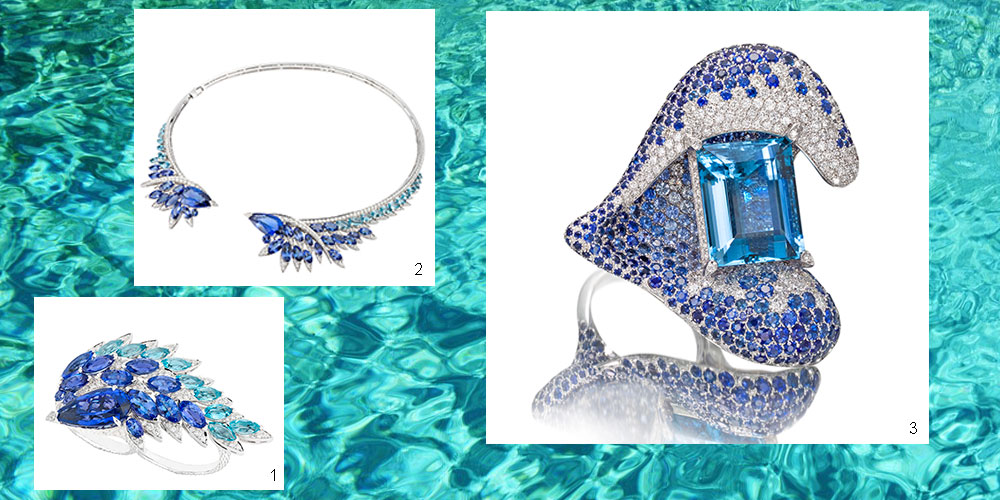 Light blue topaz is sometimes mistaken for aquamarine because the color and physical properties are very similar. Topaz is generally less expensive.

Aquamarine is the gem you use when you want to make your fantasy ring a reality. It is very hard, at 7.5 to 8 on the Moh’s scale, which makes it more than hard enough to take the daily wear of a ring. It works particularly well as a center stone in cocktail rings because it can be found in such large sizes – 10-carat stones are common. In fact, the largest gem-quality aquamarine crystal ever mined weighed 244 pounds and measured 19 inches long. It came from the Minas Gerais region of Brazil in 1910.

While emerald tends to be hazy and full of inclusions, aquamarine has remarkably high clarity, another factor that makes it perfect as the center stone for large cocktail rings. It is usually faceted in rectangular or square cuts, and has a vitreous luster, so a well-cut gem really sparkles. And because aquamarine is plentiful, large, well-cut stones are common.

Aquamarine is mined mainly in Brazil, but deposits are also mined in Pakistan’s Karakoram Mountains, but it is also found in Myanmar, Nigeria, Zambia, Madagascar and Vietnam.

Obviously the lore attached to aquamarine was penned by men: it is said to calm waves and keep sailors safe at sea, and bring the wearer protection against foes in battle. (Apparently it was kept in treasure chests by mermaids, who doled it out to protect their favorite sailors).

Ladies, we see another purpose altogether for the cool powers of aquamarine: it is said to match perfectly with spring dresses and winter evening gowns, and it has the power to bring the wearer many compliments.

In Medieval times, aquamarine was also said to enhance the happiness of marriages. Well of course it does! Any gemstone has that power, especially when gifted by the husband to the wife. Especially on the eve of the 19th wedding anniversary, for which aquamarine is the official gemstone. 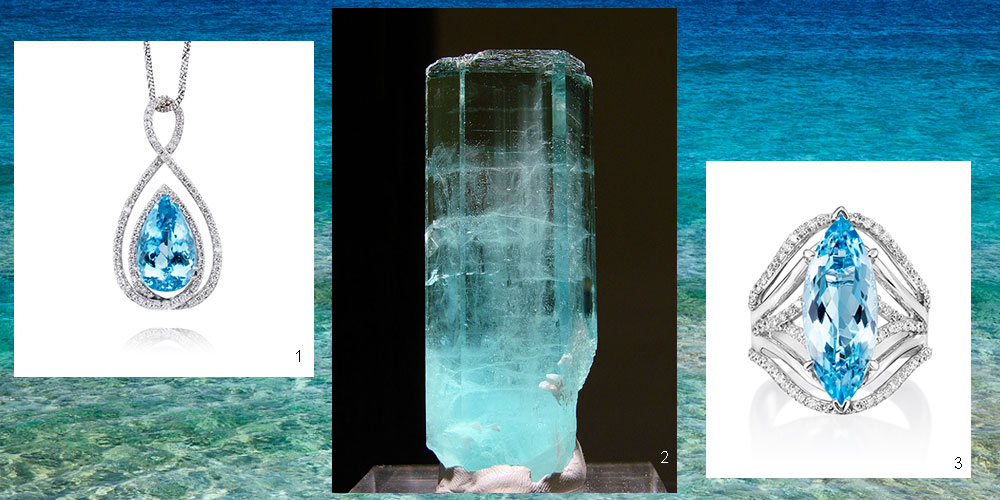