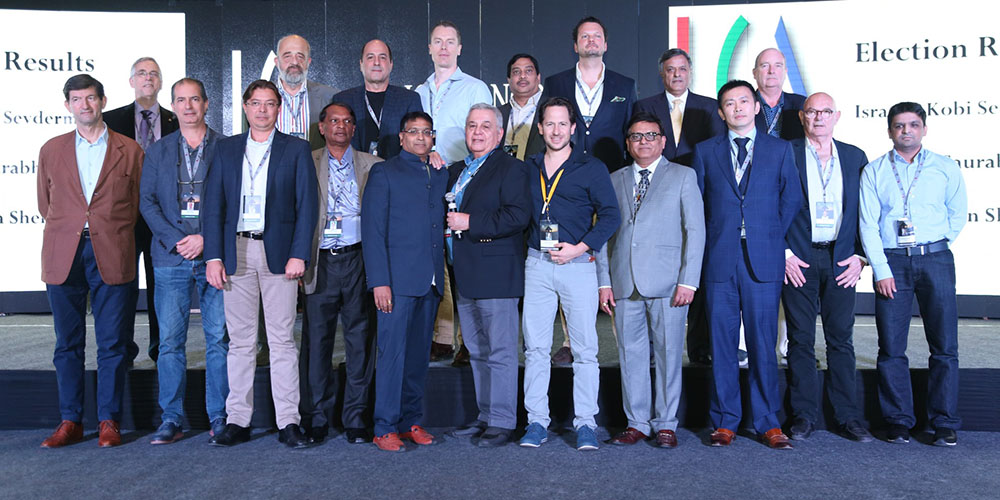 In order to be a nominee for a Director’s position on the ICA Board, several items must be considered:

1.) A Director’s position is not an honorary title. If elected, you will be expected to work. A Director has to be actively involved in the Board’s decision-making, control, and operation of the association.

2.) Time on the Board is broken down into two terms. Once elected, a Director’s first term of office is two (2) years, at the end of which, he or she is eligible to be re-elected for a second term of four (4) years, if they so wish, and their re-election is acceptable to the Board. Therefore, they would be accepting to serve two terms, with the potential to hold the seat for a total of six (6) years if re-elected.

3.) Board meetings are held twice a year in, once in Tucson during the February Tucson Gem & Minerals Shows, and in Hong Kong during the September Gems and Jewelry Fair. A Director is required to attend all Board meetings. Non-attendance is only acceptable in the event of an emergency which is beyond their control.

4.) Directors are also required to attend all bi-annual ICA Congresses, and be available for panel discussions and press conferences when the need arises. Our next Congress will be in Bangkok, Thailand, June, 2019.

5.) A Director should expect to be appointed to any number of ICA committees, and must participate in those committees as the committee chair requests.

6.) Nominees to the Board must be current fully paid members of the association in order to be listed on the ballot.

7.) Directors and Officers of the Board receive no salary or other payment for holding a seat on the Board, the position is completely voluntary.