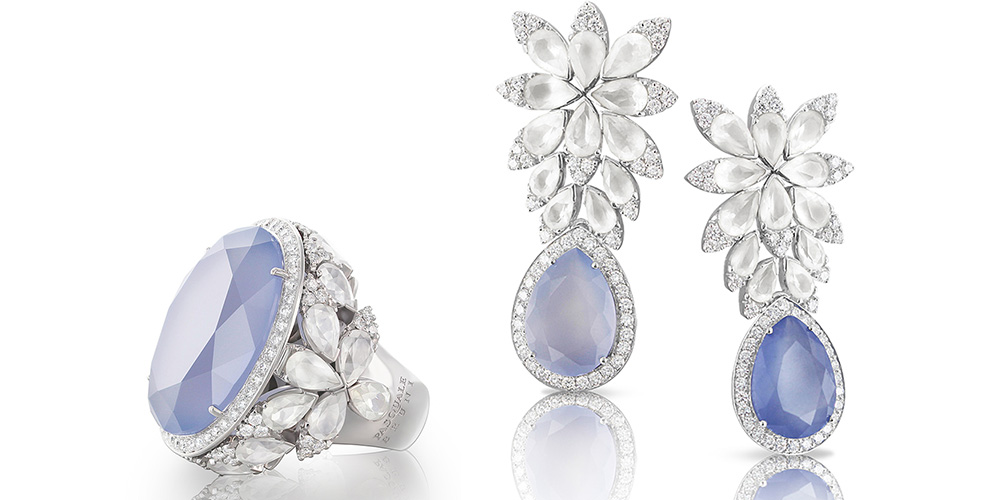 Chalcedony is a bluish, translucent gemstone that seems to glow mysteriously from within, like a clear running stream. It has a refreshing quality that works with any color, but particularly with the many shades of blue that are dominating fashion right now.

Of the top colors of 2017 identified by the Pantone, five are shades of blue, including Navy Peony, Lapis Blue, Niagara, Island Paradise and Marina. Chalcedony expresses all of these colors without the expense of blue sapphire or fancy colored diamonds. 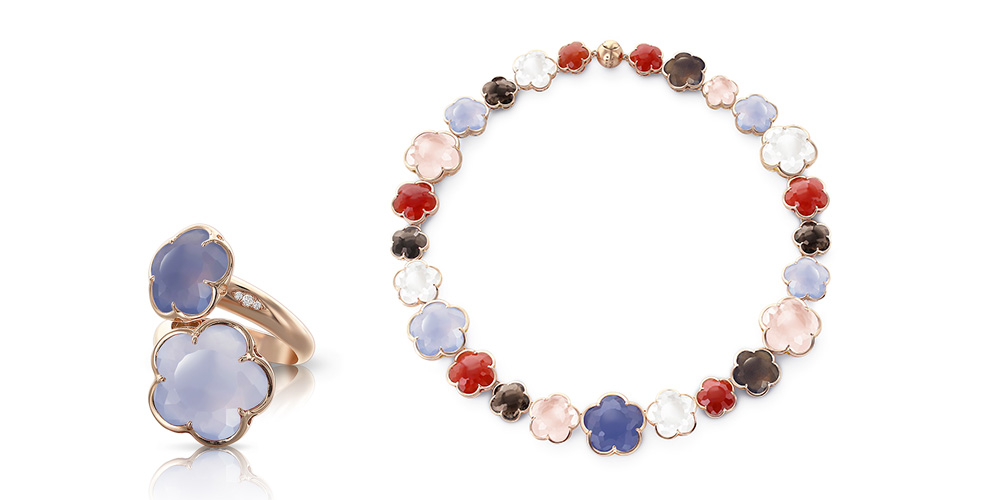 Chalcedony is another of the many treasures we get from the quartz family of minerals. Amethyst, citrine, rose quartz and rock crystal are also beautiful representatives of the mineral quartz. Chalcedony is a microcrystaline and cryptocrystaline quartz that is semitransparent to opaque. That is, it is a type of quartz that is formed not of one single crystal but a number of finely grained microcrystals. Forms of chalcedony include agate, bloodstone, moss agate, jasper, black onyx, aventurine carnelian and chrysoprase.

Chalcedony can technically refer to any of these translucent, cryptocrystalline quartz with a single color, but in the gem trade, it is primarily used to refer to specimens with light bluish, white or gray color.

It is sometimes referred to as “holly blue. With a hardness of 6.5-7 on the Moh’s scale, it is suitable for everyday jewelry, including rings; it is almost as durable as sapphire. Chalcedony is also valued for its attractive, waxy or vitreous luster when cut, and looks good in a cabochon cut, which accentuates the gem’s The milky clarity does not affect the overall value. 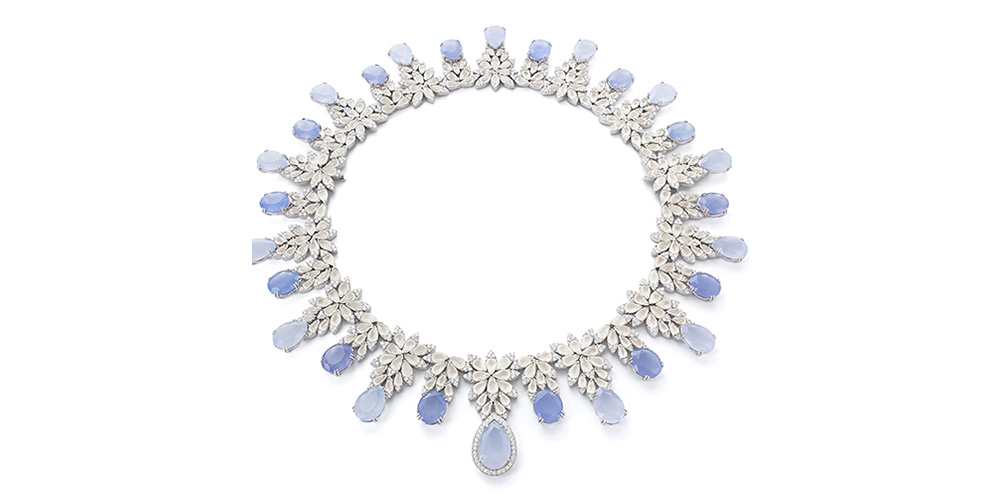 Image: Collar necklace in chalcedony, moonstone and diamonds, from the Ghirlanda Iside collection by Pasquali Bruni.

The name chalcedony comes from the Latin chalcedonius, and the Greek word khalkedon, which appears in the Book of Revelation. Chalcedony is idea for carving and seals, cameos, intaglios, ring bezels and beads have been recovered that date to ancient times in the Mediterranean region and Central Asia. It is mined in California and Nevada, as well as Namibia, Brazil and Zimbabwe.

Blue chalcedony is a calming color that soothes and restores. Popular lore credits the gem with power properties that encourage reflection and meditation, and eliminate hostility.

Blue chalcedony is associated with the throat and speaking, so some believe it can serve as a kind of good luck charm for public speakers and actors. Chalcedony is the birthstone for May. 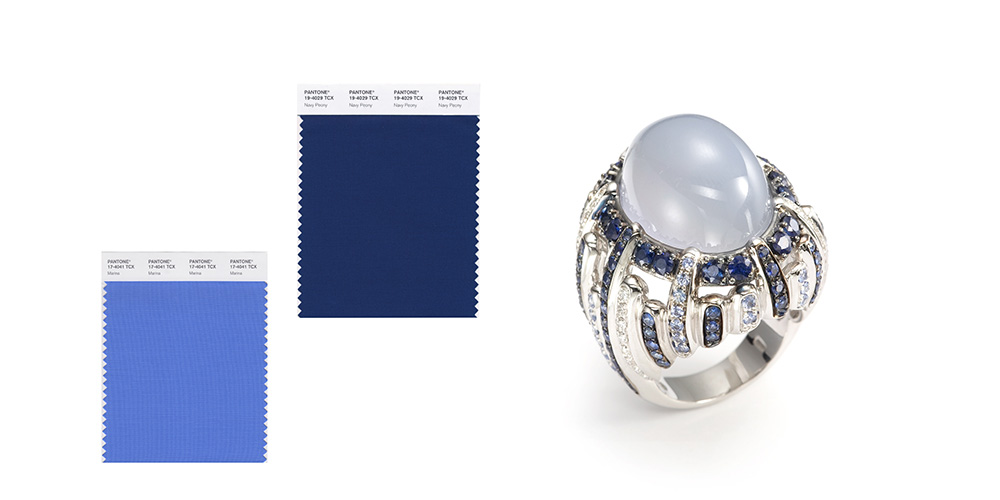 Top image: Ring and earrings in chalcedony, moonstone and diamonds, from the Ghirlanda Iside collection by Pasquali Bruni.