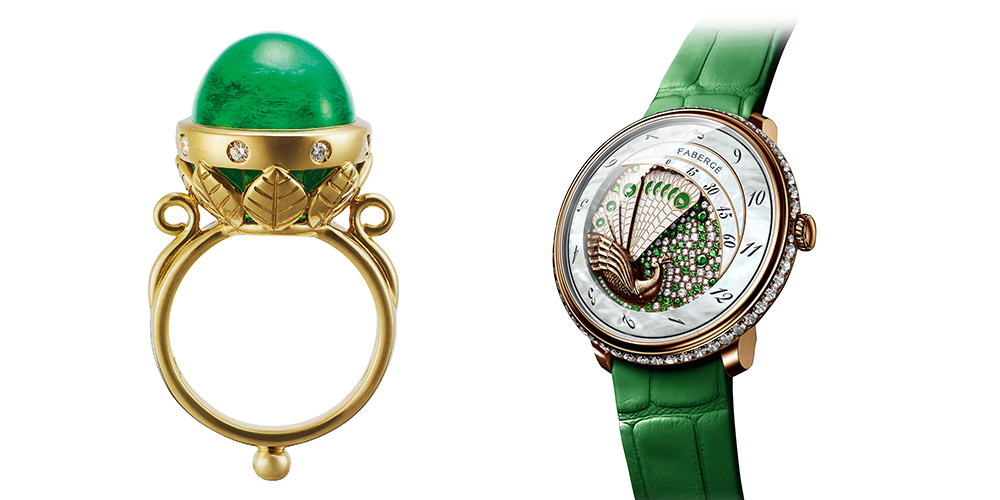 The vibrant green of emerald symbolizes renewal and fresh beginnings. It’s the perfect birthstone for May.

Emerald is one of the most storied gemstones in history. For 6,000 years, it has been cherished for its gorgeous green glow, and the lore is endless. The ancient Egyptians believed it represented fertility and rebirth. It was associated with the Greek goddess Venus, who represented love and beauty, and in several cultures as diverse as Chinese and Irish, emerald has long represented good luck.

It is said to protect lovers from unfaithfulness – if the heart is loyal, the gem will glow in a beautiful green color, but if the heart has gone astray, it will turn a different, lifeless color (although surely this has something to do with the quality of the stone).

Emerald has even been credited with improving one’s memory and intelligence, and transforming negativity into positive emotional energy. During the Middle Ages, it was believed that emerald would keep a woman chaste – but surely what they meant was “happy.”

High expectations indeed. The one thing you can count on an emerald for every time is to add beauty to any piece of jewelry. In the top quality range, fine emeralds are more valuable than diamonds, and in the world of fashion, anything green is gold right now. The Pantone Color Institute named Greenery its 2017 color of the year, and the color has carved a presence this year in everything from runway fashions to home decor. 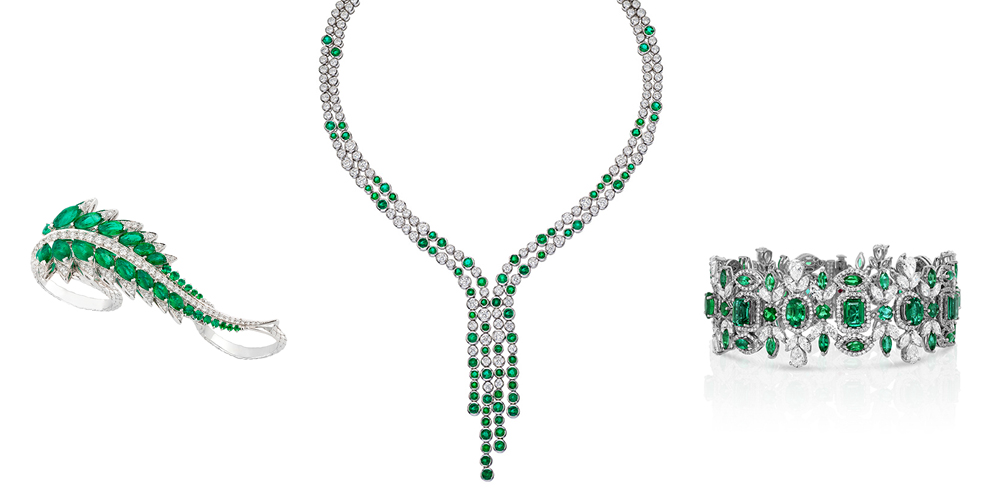 Emeralds are highly valuable despite the fact that most are saturated with tiny mineral inclusions or fractures, referred to as jardin, from the French word meaning “garden.” Flawless emeralds are rare and extremely valuable. The name emerald comes from the Greek smaragdos via the Old French word esmeralde, and really just means “green gemstone.” It belongs to the mineral species of beryl, which also includes blue aquamarine, pink morganite, golden heliodor and the pale green beryl.

The colors in beryl gems do not occur until traces of some other element are added. Iron adds beautiful sea-blue hues, resulting in aquamarine. In the case of the emerald, it is mainly traces of chromium and vanadium which are responsible for the vibrant green color. Gem experts differ on the degree of green that makes one stone an emerald and another stone a less-expensive green beryl, but most experts and dealers call a stone green beryl when its color is “too light” for it to be classified as emerald.

Emerald has a good hardness of 7.5 to 8 on the Moh’s scale, which makes it appropriate for rings, but the gem can be brittle, and its many fissures can make cutting, setting and cleaning rather difficult. Even for a skilled gem cutter, cutting emeralds presents a challenge because of the inclusions.

Thus, the emerald cut, a rectangular or square cut with bevelled corners that brings out the beauty of the gem and at the same time protects it from mechanical strain. Giving an emerald a square cut emphasizes the richness of color by leading the eye into it rather than deflecting attention away from it. Depending on the nature of the inclusions, emerald may also be cut into gently rounded cabochons or beads. 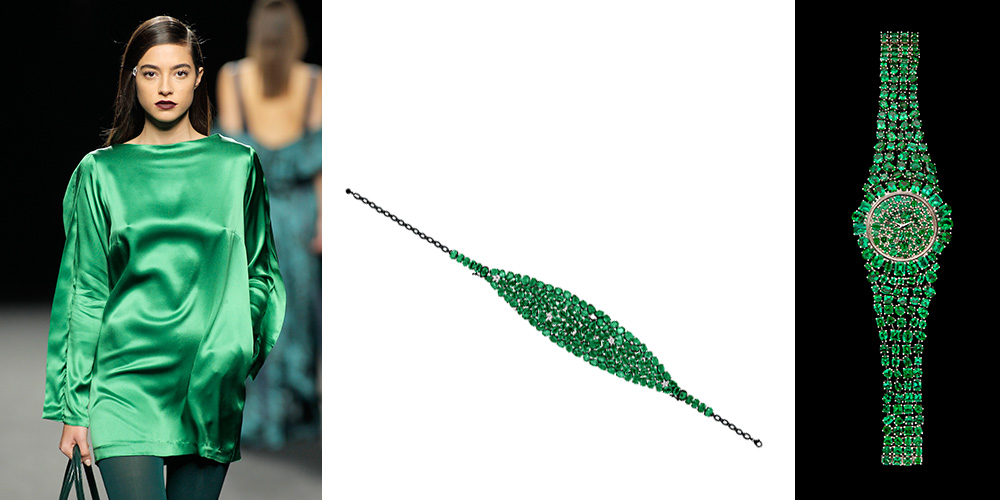 The first known emerald mines were in Southern Egypt as early as 330 BC, and served mainly to feed Queen Cleopatra’s understandable love of the gem. But these mines had already been exhausted by the time they were rediscovered in the early 19th century.

Today, some of the finest stones come from Colombia, which has about 150 known deposits, the best of which come from the Chivor and Muzo mines. There is also an important mine at Coscuez, which today produces the majority of Colombian emeralds. Colombian emeralds are distinctive for their fine, shining emerald green, unimpaired by any kind of bluish tint. Colombia’s mines also produce rarities such as the so-called trapiche emeralds, with six rays emanating from the center, resembling the spokes of a millwheel.

Afghanistan is another important source, as is Zambia, where Gemfields runs the Kagem mine, the largest emerald mine in the world. Zambia produces excellent emerald crystals in a beautiful, deep emerald green, with good transparency. Their color is mostly darker than that of Colombian emeralds and often has a fine, slightly bluish undertone.

Zambia, Zimbabwe and Brazil have a reputation for fine emeralds in the international trade. Smaller emeralds of a vivacious, intense green come from Zimbabwe's Sandawana Mine, and they often have a delicate yellowish-green nuance.

Today, many emeralds are enhanced with colourless oils or resins. This is a general trade practice, but it does have the consequence of making the gems sensitive to cleansing agents. They cannot be cleaned in an ultrasonic bath or dipped in dish water, which would remove the oils and give the gems a matte apearance.

Emeralds are highly valuable, so fakes abound. Really large emeralds are rare, so large stones in particular should only be purchased with a report from a reputable gemological institute whose modern examination techniques can differentiate between natural and either fake or synthetic emeralds, and identify any treatments.

Emerald is the designated gemstone for May, the day of Tuesday, the season of spring, as well as the 20th and 35th wedding anniversaries.

In numerology emerald has been associated with the number four.