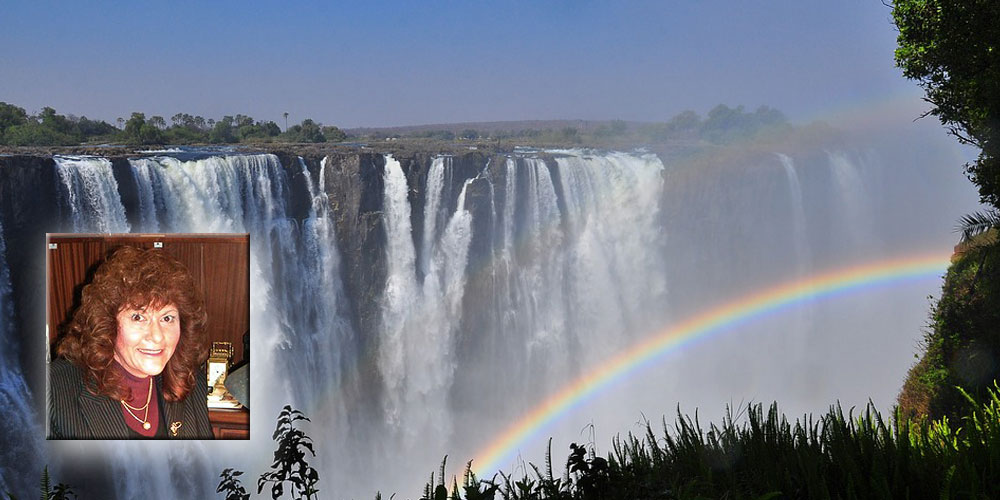 For the past five years, jewelers in Zimbabwe have been struggling with a range of challenges: inflation, corruption and disproportionate taxes and levies. As a result, jewelers who once had many outlets have been forced to close down all but their main branches.

In addition to this, retailers' businesses are struggling due to wholesalers and stone cutters operating directly with the public instead of creating a conventional supply chain.

However, this is not working as a long-term policy, since clients are not receiving professional service from these suppliers as most of them are not qualified. In addition, a new Chinese-built mall has opened on the west side of the capital city, Harare, and a new Chinese gemstone shop has opened. This store is bringing gems straight from China at vastly reduced prices and confusing clients and causing an alarming decline in sales of top-quality gemstones.

There is also a huge amount of fake stones, with large numbers of synthetic and treated corundum on the market of a level which has not been seen in this region before and there is a strong need for qualified gemologists. All the top jewelry stores rely greatly on sales to Chinese clients as local clients just do not have the money to buy jewelry. With the opening of the new mall, all jewelers have lost a huge amount of business as Chinese clients clamber to their own store seeking cheap prices.

There is also a huge amount of blue glass on the market; I have seen large pieces which are circulating among informal market traders much of which is being cut by inexperienced gem cutters such as St. Anne's Aquamarine.

Last June, Zimbabwe faced a huge financial crisis which has lasted until today and crippled business. Four well-known jewelry stores closed down in December. And the financial crisis is so severe that even my shop, which was originally doing well for a store in a new location, has seen almost no clients for the past five months as clients across the financial spectrum will not spend one extra cent especially on luxuries such as jewelry. Their money is kept for fuel, electricity and food. No jewelers had any Christmas sales, a situation which has never before been seen.

People cannot withdraw more than $100 per day from banks. And on the occasions when clients come in for jewelry repairs, they are asking to pay as little as $10 from their accounts as they have no cash. The queues for cash withdrawals stretch as far as a block away from the bank, and just before Christmas people were sleeping in the street in the hope of securing $50. New Zimbabwe 'bond notes', in one and five dollar denominations have been released to help alleviate cash flow problems.

In 2000, the present government took over the white-owned farms which resulted in the collapse of many of our jewelry businesses as farmers had constituted 80% of our customer base. As a result, gemstone mining came to a grinding halt as the new farm owners would not permit miners on to their farms and colored gemstone mining has ceased altogether.

In recent times, due to the harsh economic climate some new farmers have started to mine gemstones on their properties in a small and haphazard way but this has all been totally informal and most of the gemstones do not find their way into normal business channels, but rather find their way across the border to South Africa. And jewelry store owners do not see the best of the gems due to this informal trading, and reliable sources say that Chinese buyers are buying colored gemstones straight from the source, such as aquamarine, tourmaline topaz and from Hurungwe, and alexandrite from Masvingo.

Investing in gemstones is not part of the culture of Zimbabweans and people are more concerned with having enough money to buy food on a daily basis. Therefore, valuable gemstones are often sold by informal miners to secure money to feed their families for a day or a week with no vision for tomorrow and absolutely no knowledge of the real value of gems. During the diamond rush in the eastern Marange region a decade ago, illegal diamond miners were selling a bag of diamonds in return for bottles of fresh drinking water and a cell phone.

With the start of this new diamond mining industry in Zimbabwe, these investors have also shown an interest in colored gemstones which has created a new rush for colored gemstones with unqualified businessmen from all sectors giving up their jobs and seeking fortunes often in vein. All that glitters is not gold!

As stated above, most gemstone mining is informal and therefore there are no recorded statistics. For the past five years, the Sandawana emerald mine has been closed as the former owners concentrated on extracting tantalite from the mine and the gemstone division has been closed since then.

Zimbabwe, once known as emerald country, changed overnight after the 2006 Marange diamond rush and now most clients ask for jewelry set with diamonds not emeralds.

Nevertheless, local gemstone networks indicate that the Sandawana emerald mines will reopen soon. Negotiations are currently taking place as the government-owned Zimbabwe Mining Development Corporation (ZMDC) has secured a new investor who is currently carrying out due diligence, and is reported to be largely content with the results. The investor is said to be an international company with interests in the global emerald sector.