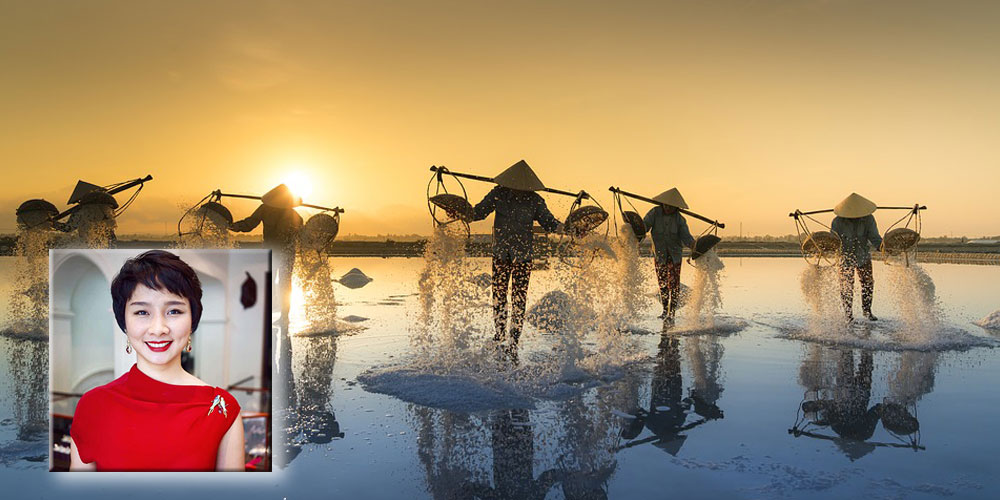 Overview of the Vietnam Gems and Jewelry Industry

Vietnam is well known as the source of vivid fancy red rubies with strong luster, as well as star rubies, cobalt blue spinel, red spinel and other colors of spinel. The gemstone mining industry in Vietnam has, however, been fairly stagnant. There is uncertainly due to the lack of clear policy from the government about various issues.

Gemstone mining in Vietnam has always been chaotic and largely dominated by very small-scale artisanal miners. The output is small and sometime miners find stones on the surface after heavy rains have caused gems to slide down the mountains.

Miners generally work only one season in the year, yet there are still large amounts of good quality—although mostly small sizes—ruby, spinel and other colored gem that are purchased by international traders who travel to stone markets in the nation. This is likely to remain the case well into the foreseeable future. In 2017, the government adopted a new policy that gives private companies the right to own land along with mining rights.

High tax duties and the lack of logistics also contribute to the lack of development of the gem industry in Vietnam. The good news is that certain trade agreements with some countries are helping in the area of tariffs. Increasing numbers of international companies are operating businesses in Vietnam in both retail and manufacturing.

Mindsets are moving towards market trends. In the past, the Vietnamese thought that only diamonds had recognized value. Since 1987, however, foreign buyers started purchasing fine quality Vietnamese rubies. Currently, the market for colored gems is booming in the domestic market. Vietnamese consumer spending involves the following categories.

Vietnam’s jewelry manufacturing industry has been operated by local manufacturers to fulfill primarily domestic demand. During the past decade, however, many local manufacturers started to invest in large-scale factories. Additionally, they carried out domestic and international marketing as well as ventured more into export markets. Although Vietnam’s export of jewelry products was not high in value, accelerated development of manufacturing processes and product quality to conform to international standards has been propelling the country’s jewelry industry forward.

Many manufacturers started to modernize their product designs to satisfy demand by the new generations influenced by Western apparel. Foreign fashion products also flourished. However, the manufacturers were still in need of competent production technology development. The quality of their products was either inconsistent or substandard. Moreover, they lacked business management skills and had no brand of their own.

With the country’s rapid and constant economic growth, its populations earned more income, contributing to their increasing eagerness to spend money on products. As Vietnamese consumers’ jewelry consumption was low, major jewelry manufacturers noticed a market opportunity and made large investments in production development by establishing industrial manufacturing plants. Such investments are obtaining advantages from economies of scale in production.

Furthermore, joint ventures of some manufacturers and foreign gem and jewelry entrepreneurs have brought about a transfer of production technologies and skills. Some Vietnamese entrepreneurs have been operating businesses along the entire supply chain, from upstream to downstream: colored stone mining, gemstone cutting, jewelry manufacturing and then selling the products domestically as well as exporting. Additionally, having their products manufactured and designed under their own brand labels is helping to build brand recognition and loyalty among consumers.

The Production of Today

With a rich source of gems and minerals, and a population of more than 97 million people, I am optimistic that the growing numbers of middle-class and high-income consumers will help the gem and jewelry market in Vietnam to flourish. Vietnam is also a promising market, in which entrepreneurs around the world may find opportunities to work in the gem and jewelry market and expand their customer base as well as broaden business expansion in the long run.