Digital coloured gemstone trading platform Gembridge is pleased to announce that it has established a global ambassador network of distinguished industry figures to expand the business. The network, which includes many of the world’s most respected gemstone dealers, will aim to establish Gembridge as the preferred marketplace for coloured gemstones worldwide.

“The ambassador’s role is to promote and grow the business of Gembridge in their part of the world. As we grow, they will become shareholders in the business,” Gembridge CEO Nick Marrett said. “The ambassadors will be champions of our new marketplace where international trade is more affordable and secure, and access to high quality coloured gemstones is universal.”

Tony Brooke, Gembridge Chairman, added, “Each ambassador will help to build confidence in Gembridge, integrating the platform into the working heart of our industry. Strategically, our ambassador network will not only span the world, but also connect it.”

The Gembridge ambassadors include (in alphabetical order):

Elke Berr, Geneva, Switzerland. Elke is a leading gemstone dealer and jewellery designer based in Geneva. She studied gemmology in Idar Oberstein, Germany’s gemstone cradle, and began her career in the gemstones buying department of Chopard in Geneva before founding her own company Berr & Partners. Elke closely tracks the magnificent jewellery market, often taking part in the leading auctions held in Geneva.

Edward Boehm, Chattanooga, USA. Edward is a coloured stone dealer and consultant. He began his gemmological studies in Switzerland where he spent the summers of his youth under the tutelage of his grandfather and namesake, Edward J. Gübelin, piquing his curiosity in crystals and gems. Upon graduating in Geology from UNC, Chapel Hill, he went on to obtain his Graduate Gemologist diploma from the GIA in 1988. His company, RareSource, specializes in high end and collectable gemstones. Edward was a museum consultant to GIA from 1999-2009 and has helped build several important private gem and mineral collections.

Evan Caplan, Los Angeles, USA. Evan is widely considered to be one of the world’s finest and most knowledgeable coloured stone professionals. He was one of the first people to bring the paraiba tourmaline to America. He, along with several others, was responsible for the cutting and eventual sale of the world’s largest padparadscha sapphire. Evan is a leading authority on alexandrite. He is on the board of the American Gem Trade Association (AGTA) and the ICA.

Guillermo Galvis, Bogota, Colombia. Guillermo is one of Colombia’s most respected gemstone dealers and specialises in extraordinary Colombian emeralds. As President of the Colombian Emerald Exporters’ Association, he is well-connected to the leading exporters and mining groups and has established relationships with dealers and collectors around the world.

Jean Jureidini, Beirut, Lebanon. Jean, who comes from a well-known family of jewellers, is a GIA-Graduate Gemologist and is one of the Middle East’s best-known gemstone dealers with a long-established clientele in the region. He also specialises in manufacturing custom-made jewellery.

Prashant Kothari, Jaipur, India. Prashant, who is the fourth generation in his family’s business, is CEO at KGK Gems in Jaipur and is one of India’s leading gemstone dealers and manufacturers. He has been a major contributor to the growth of the business over the past 18 years. He manages the gemstone business from sourcing and manufacturing to export.

Duncan McLauchlan, London, UK. After spending a decade mining for opal in Lightning Ridge, Australia, Duncan returned to the UK in 1995, where he founded his company, McLauchlan Gems, which specialises in sourcing coloured gemstones and diamonds from around the world. Duncan is European Director and Treasurer of the International Colored Gemstone Association (ICA).

Joe Menzie, New York, USA. Joe is a GIA-trained gemmologist and one of New York’s leading gemstone dealers with a network of high-end clients and collectors around the world. He was a longstanding member of the Board of the ICA and has been an advisor to the World Bank.

Jean-Claude Michelou, Bangkok, Thailand. Jean-Claude has been active in gemstone trading, mining, cutting and export since 1977. After 36 years spent in Colombia, he is now based in Thailand and is a sourcing strategist for rough coloured gemstones from different origins. He has been a longstanding member of the Board of the ICA and was Editor-in-Chief of InColor magazine which he founded in 2004. He is the founder of Imperial Colors Ltd and has been a consultant for the World Bank and USAID, and an advisor to United Nations agencies, government authorities, miners and regulatory trade institutions.

Armil Sammoon, Colombo, Sri Lanka. Armil is a fifth-generation gem merchant. His experience as a board member of the National Gem and Jewellery Authority, Sri Lanka Gem and Jewellery Association, Federation of Chambers of Commerce and Industry of Sri Lanka and FACETS has allowed him to project Sri Lanka as a key source for gemstones with sustainable production. He is the first Sri Lankan to be invited to attend Harvard University for their GIA Global Leadership programme. Armil is Chairman of the Sapphire Capital Group and founding Alumni President for the GIA Chapter in Sri Lanka, as well as Sri Lanka's Ambassador to the ICA.

Manuela Soares, Minas Gerais, Brazil. Manuela is a leading dealer and authority on Brazilian gemstones. She is co-owner of ArtOuro & Gemas, which supplies mainly tourmalines, aquamarines, paraiba and rubellites. She is the second generation of a family of gem dealers and is a board member of the Brazilian association of gem dealers (Sindijoias – Ajomig).

“Adding such talent to our Gembridge team is crucial in an industry where networking and knowledge are the keys to success,” says Gembridge Head of Business Development, Helen Molesworth. “With our ambassadors’ support, Gembridge has a truly global reach as the ‘go-to’ international trading platform for coloured gemstones.”

Gembridge is helping to pioneer the digital transformation of the coloured gemstone trade. It provides a marketplace for members to buy, sell and consign, via a secure, verified and insured door-to-door service.

Gembridge is a commercial member of CIBJO, and is a member of the ICA and the Responsible Jewellery Council (RJC).

Gembridge is regulated by Singapore's Ministry of Law for purposes of anti-money laundering and countering the financing of terrorism, in cooperation with the Financial Action Task Force (FATF), which is leading regulatory reforms across 200 countries.

Members of the trade are invited to register for Gembridge, free of charge, to join an exclusive membership with other respected industry players.

Once you complete the member verification process, you can view all prices, buy from our Showcase and list coloured gemstones on your own exclusive Shopfront.

We look forward to helping you TRADE WITH TRUST™. Register, find out more or collaborate by completing this form:

The Gembridge online B2B platform is ‘live’ and currently in its test phase for functionality, user experience and systems. For more information, please contact: 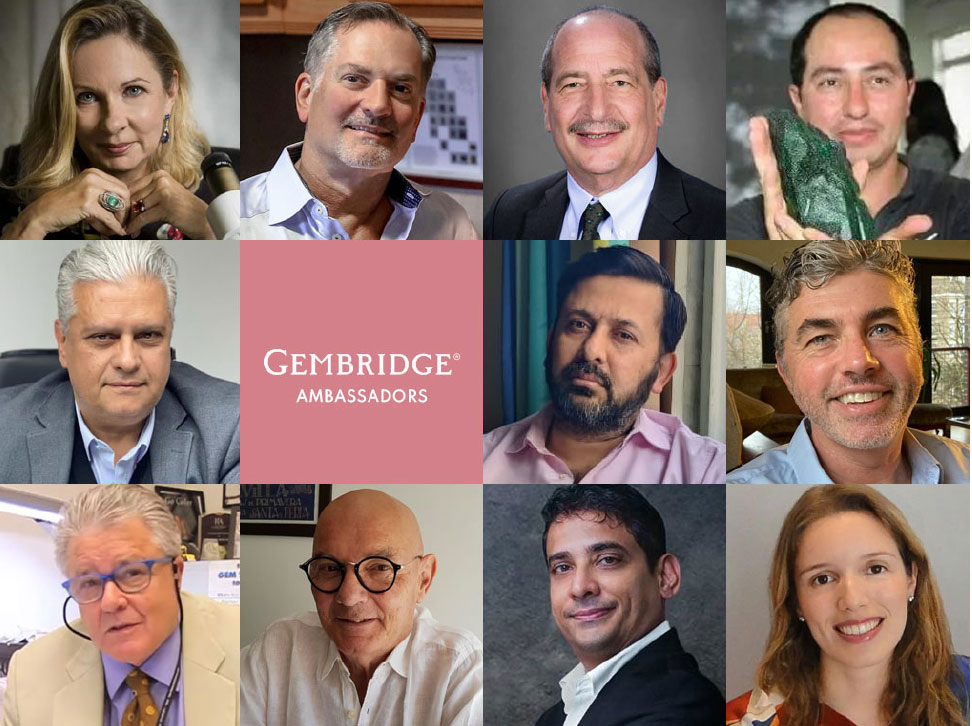 Survey Says: Sapphire Is King for Both Trade and ConsumersFebruary 22, 2021 10 Mesmerising Romantic Gemstones and Their MeaningFebruary 19, 2021