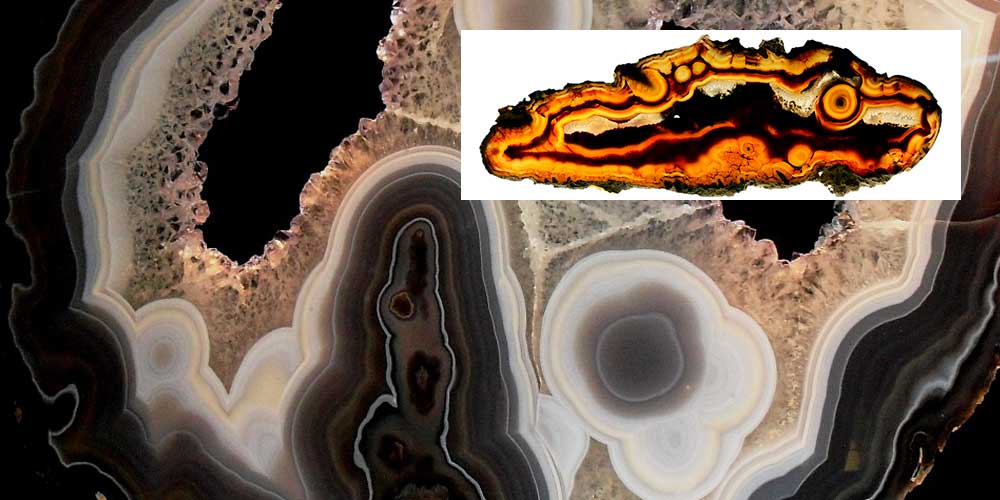 Agate, a chalcedony quartz that forms in concentric layers in a wide variety of colours and textures. Each individual agate forms by filling a cavity in host rock. As a result, agate is often found as a round nodule, with concentric bands like the rings of a tree trunk. The bands sometimes look like eyes, fanciful scallops, or even a landscape with trees.

Agate was highly valued as a talisman or amulet in ancient times. It was said to quench thirst and protect against fever. Persian magicians used agate to divert storms. A famous collection of two to four thousand agate bowls which was accumulated by Mithridates, king of Pontus, shows the enthusiasm with which agate was regarded. Agate bowls were also popular in the Byzantine Empire. Collecting agate bowls became common among European royalty during the Renaissance and many museums in Europe, including the Louvre, have spectacular examples.

The mining of agate in the Nahe River valley in Germany, which was already documented in 1497, gave rise to the cutting-centre of Idar-Oberstein. Originally, the river was used to power the grinding-wheels. When the Nahe agate deposit had been exhausted, in the nineteenth century, Idar-Oberstein's cutters started to develop the agate deposits of Brazil, which sparked off exploration and the discovery of Brazil's rich deposits of amethyst, citrine, tourmaline, topaz, and other gemstones.

Although the small town of Idar-Oberstein is still known for the finest agate carving in the world, it now imports a huge range of other gem materials from around the world, which are then cut and carved in Germany and Asia. Cameo master carvers and modern lapidaries flourish along with rough-stone dealers who scour the world for the latest gem discoveries for export.

And this entire industry sprang from that taste for agate bowls and ornaments during the Renaissance! Maybe agate is also a powerful talisman for success in international trade! 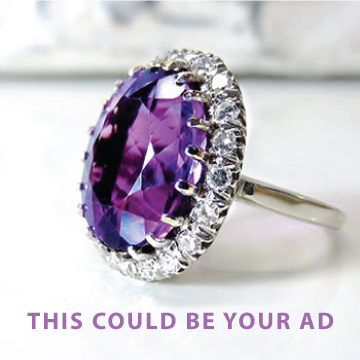